July 20, 2018 by MTR Custom Leather in Conceal Carry News with No Comments 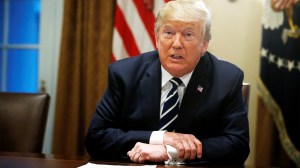 The stage may be set for Brett Kavanaugh’s first Second Amendment test as a justice.

Every now and then the Ninth Circuit Court of Appeals — arguably the nation’s most progressive federal circuit — can offer up a legal surprise. Yesterday, it gave us a legal shock, when a divided panel of its judges affirmed last year’s federal district-court injunctiontemporarily blocking enforcement of California’s confiscatory ban on so-called large-capacity magazines.

Under California law, any person who possesses a legally purchased magazine capable of holding more than ten rounds of ammunition must either remove the magazine from the state, sell it to a licensed firearm dealer, or hand it over to law enforcement. Those citizens who retained their magazines after the law went into effect risked a fine or up to one year’s imprisonment in county jail.

The district court’s 66-page opinion was a legal tour-de-force that not only dismantled California’s justifications for the ban, but also reiterated and reinforced the constitutional and historical basis for the right to keep and bear arms. As I wrote last year, this paragraph from the district-court opinion is nearly-perfect:

Violent gun use is a constitutionally-protected means for law-abiding citizens to protect themselves from criminals. The phrase “gun violence” may not be invoked as a talismanic incantation to justify any exercise of state power. Implicit in the concept of public safety is the right of law-abiding people to use firearms and the magazines that make them work to protect themselves, their families, their homes, and their state against all armed enemies, foreign and domestic. To borrow a phrase, it would indeed be ironic if, in the name of public safety and reducing gun violence, statutes were permitted to subvert the public’s Second Amendment rights — which may repel criminal gun violence and which ultimately ensure the safety of the Republic.

Lest anyone think that the Ninth Circuit has suddenly discovered the original meaning of the Second Amendment, its ruling upholding the district-court injunction was limited. It merely held that the trial court didn’t abuse its discretion when it temporarily blocked enforcement of the law. But despite the limited holding, there was encouraging rhetoric in the court’s ruling.

For example, the appeals court held that the lower court “did not exceed its permissible discretion by concluding, based on those cases, that (1) some part of the Second Amendment right likely includes the right to bear a weapon ‘that has some reasonable relationship to the preservation or efficiency of a well regulated militia’ . . . and (2) the ammunition for a weapon is similar to the magazine for a weapon.”

Much of the modern argument over gun control revolves around the effort to label certain kinds of semi-automatic rifles (and magazines over ten rounds) as “military style” weapons that are effectively unprotected by the Second Amendment. Yet the Ninth Circuit’s language — rooted in the history of the amendment — links constitutional protection to a weapon’s potential militia use. In other words, the “military style” moniker actually connects the guns in question to the historic purpose of the right to bear arms.

If the Court takes the case (and that’s far from certain; SCOTUS has been reluctant to review recent Second Amendment decisions), it will have an opportunity to reset the gun-control debate.

Combine this standard with Heller’s clear statement that the Second Amendment was intended to protect weapons in “common use” for “lawful purposes like self defense,” and one begins to see that merely comparing AR-15s or Glocks to military weapons doesn’t render them unprotected. Instead, their common ownership, combined with their “reasonable relationship” to militia use, should enhance, not diminish, their constitutional status.

While gun owners in California can breathe a temporary sigh of relief, the fight is far from over. As David Kopel notes in a good piece over at Reason, California may petition for en banc review (don’t expect the wider panel of Ninth Circuit judges to rule so favorably), or the trial court may issue a permanent ruling in the weeks or months ahead. Either way — sooner or later — this case will reach the Supreme Court, and it may very well be Brett Kavanaugh’s first chance to look at a serious gun-rights cert petition, assuming he is confirmed to the Court.

If the Court takes the case (and that’s far from certain; SCOTUS has been reluctant to review recent Second Amendment decisions), it will have an opportunity to reset the gun-control debate. If it rules that weapons in common use for lawful purposes enjoy categorical constitutional protection, then most assault-weapons bans and large-capacity-magazine bans would fall. Prohibitions against the sale of “dangerous and unusual” weapons (machine guns, for example) would remain.

But all that’s speculation. For now, hundreds of thousands of California gun owners remain law-abiding. They don’t have to face the choice between surrendering the magazines that help keep their families safe and complying with a confiscatory law. Already, there were indications of passive resistance. As the Sacramento Bee reported last year, “Talk to gun owners, retailers and pro-gun sheriffs across California and you’ll get something akin to an eye roll when they’re asked if gun owners are going to voluntarily part with their property because Democratic politicians and voters who favor gun control outnumber them and changed the law.”

Gun-owners choose large-capacity magazines for good reasons, the same reasons why police carry large-capacity magazines in their service weapons. When a deadly encounter occurs, the amount of ammunition can make the difference between life and death. The state cannot be permitted to take a common means of self-defense from its citizens. Thankfully, even in the Ninth Circuit, confiscation has been held at bay. 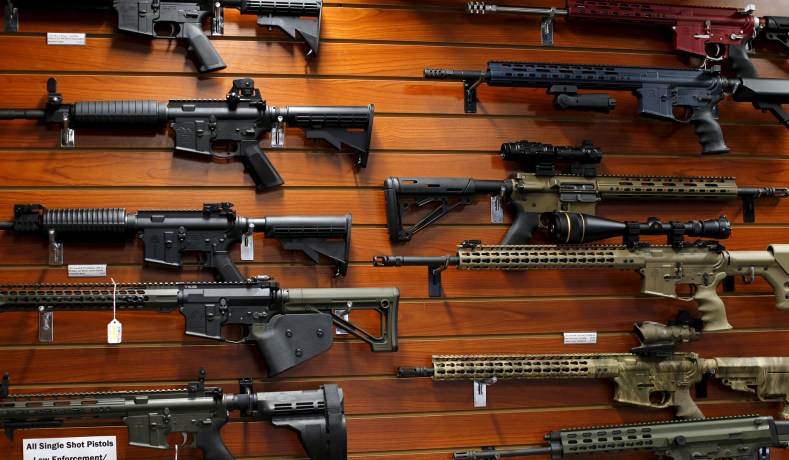 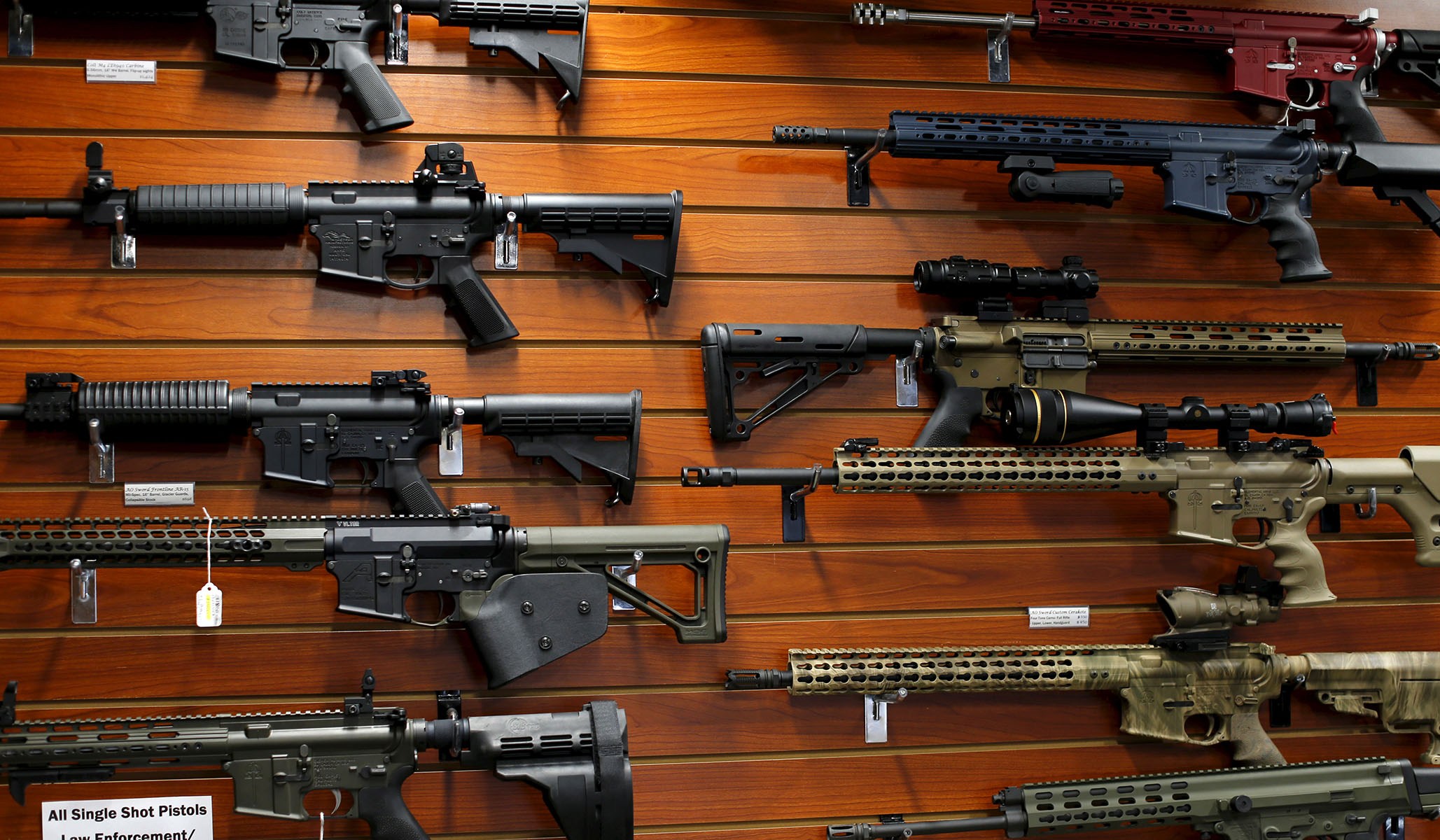 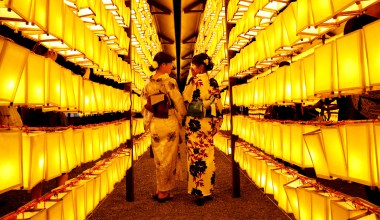 The stage may be set for Brett Kavanaugh’s first Second Amendment test as a justice.