October 8, 2020 by MTR Custom Leather in Weapon News with No Comments 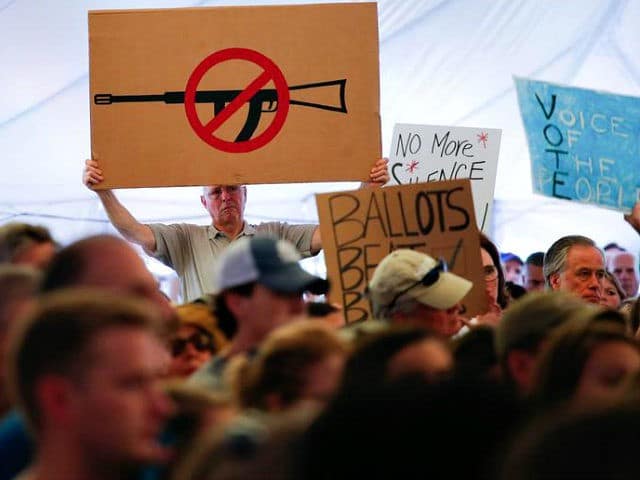 The 2020 Democrat Party platform is rife with gun controls that include an all-out ban on online ammunition sales and a push to require every state in the Union to license gun owners.

The 2020 platform also continues a pledge to secure universal background checks, which have existed in California since the 1990s and are currently in place in New York, New Jersey, and other states rife with gun violence.

The Democrat’s platform also pledges a ban on online gun sales and efforts to prohibit “some individuals convicted of assault or battery to buy and possess firearms.” Additionally, Democrats will “ban the manufacture and sale of assault weapons and high capacity magazines” and “pass legislation requiring that guns be safely stored in homes.”

The platform also makes clear Democrats want to open gun makers up to lawsuits by “repealing the law that shields gun manufacturers from civil liability.” This is a reference to the Protection of Lawful Commerce in Arms Act (2005), which was put in place to protect gun makers from frivolous lawsuits in instances where the guns in question were legally made and legally sold.

Joe Biden has long campaigned on repealing the PLCAA and opening gun makers up to lawsuits.