June 22, 2018 by MTR Custom Leather in Weapon News with No Comments 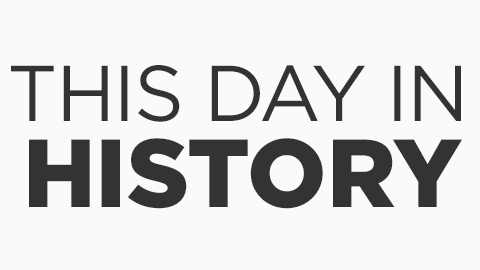 After nearly 15 years of civil war, opposing factions in Angola agree to a cease-fire to end a conflict that had claimed hundreds of thousands of lives. The cease-fire also helped to defuse U.S.-Soviet tensions concerning Angola.Angola was a former Portuguese colony that had attained independence in 1975. Even before that date, however, various factions had been jockeying for power. The two most important were the National Union for the Total Independence of Angola (UNITA), which was favored by the United States, and the Popular Movement for the Liberation of Angola (MPLA), which was supported by the Soviets. Once independence became a reality in November 1975, the two groups began a brutal contest for control, with the Soviet-supported MPLA eventually seizing control of the nation’s capital. UNITA found support from Zaire and South Africa in the form of funds, weapons, and, in the case of South Africa, troops. The United States provided covert financial and arms support to both Zaire and South Africa to assist those nations’ efforts in Angola. The Soviets responded with increasingly heavy support to the MPLA, and Cuba began to airlift troops in to help fight against UNITA. The African nation quickly became a Cold War hotspot. President Ronald Reagan began direct U.S. support of UNITA during his term in office in the 1980s. Angola suffered through a debilitating civil war, with thousands of people killed. Hundreds of thousands more became refugees from the increasingly savage conflict.In 1988, Soviet leader Mikhail Gorbachev set into motion a series of events that would lead to a cease-fire the following year. Gorbachev was desperately seeking to better Soviet relations with the United States and he was facing a Soviet economy that could no longer sustain the expenses of supporting far-flung “wars of national liberation” like in Angola. He therefore announced that the Soviet Union was cutting its aid to both the MPLA and Cuba. Cuba, which depended on the Soviet subsidy to maintain its troops in Angola, made the decision to withdraw, and its forces began to depart in early 1989. South Africa thereupon suspended its aid to UNITA. The United States continued its aid to UNITA, but at a much smaller level. UNITA and the MPLA, exhausted from nearly 15 years of conflict, agreed to talks in 1989. These resulted in a cease-fire in June of that year. It was a short-lived respite. In 1992, national elections resulted in an overwhelming victory for the MPLA, and UNITA went back on the warpath.In 1994, a peace accord was signed between the MPLA government and UNITA and in 1997, a government with representatives from both sides was established. Still, in 1998 fighting again broke out and democracy was suspended. In 2002, the leader of UNITA, Jonas Savimbi, was murdered; afterwards a cease-fire was reached, in which UNITA agreed to give up its arms and participate in the government. Observors are still waiting, however, for democracy to be reinstated.