July 28, 2020 by MTR Custom Leather in Weapon News with No Comments 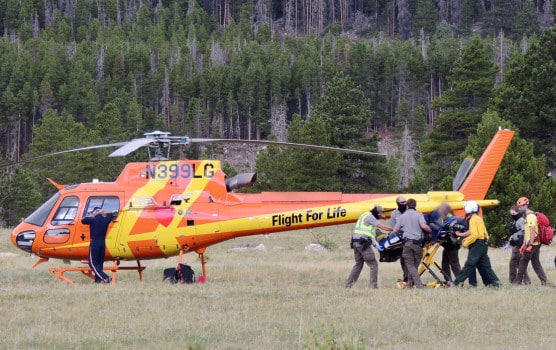 A 70-year-old tourist from Missouri suffered a gunshot wound from a handgun he was carrying in his backpack at one of the most popular hiking areas in Rocky Mountain National Park, park officials say.

According to a park news release concerning the July 19 incident, the man was hiking with the gun in his backpack, and when he set his pack on a rock, the gun discharged. A bullet struck him in the leg and did not exit his body. The incident occurred on a Sunday when many park visitors were in the vicinity. Some assisted him with initial first aid, according to the park’s public information officer, Kyle Patterson.

“The man was carried out via a wheeled litter to the Bear Lake Trailhead, where he was taken by Estes Health Ambulance to a meadow in the Glacier Basin Campground where he was flown by Lifeguard Two Air Ambulance to Medical Center of the Rockies (in Loveland),” according to the release.

Asked why the park was releasing the information nine days after the incident, Patterson said the investigation needed to be completed first.

The news release went on to remind visitors that the open carry of firearms and concealed carry are allowed in the park, pursuant to Colorado concealed carry permits, “and applicable state reciprocity laws.” The release said visitors should not consider firearms as “a wildlife protection strategy,” suggesting bear spray be used instead.