June 13, 2021 by MTR Custom Leather in Weapon News with No Comments 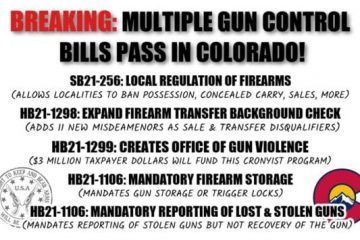 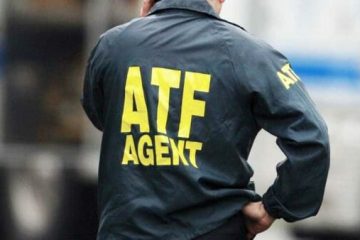 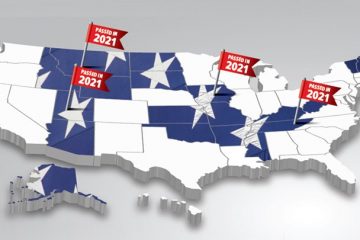 THE EXPANSION OF CONSTITUTIONAL CARRY

Bureaucrats were never supposed to be in a position to make us ask—even to beg—for our constitutionally protected rights, as they can in jurisdictions with “may-issue” carry permit laws.

Thanks in no small part to lobbying from the NRA’s Institute for Legislative Action, and to the many NRA members who stand behind the NRA by contacting their representatives, 20 states have now gotten bureaucrats out of the way by passing some type of “constitutional carry” (or “permitless carry”) legislation; in fact, four of these 20 states were added this year—Iowa, Montana, Tennessee and Utah.

This year’s expansion of American freedom began in Utah. Back in 2013, Utah’s legislature passed a constitutional-carry bill, but the victory was short-lived, as then-Utah Gov. Gary Herbert (R) vetoed the legislation. While Herbert continued to serve as governor, constitutional-carry advocates knew re-passing the bill would be futile.

But in January of 2021, Gov. Spencer Cox (R) was sworn in. Gov. Cox was a supporter of the constitutional-carry bill in 2013 when he was a state legislator, and he expressed support for this legislation when he ran for governor.

After some debate, the legislature passed the constitutional-carry bill again and Gov. Cox signed it, which made Utah the 17th to pass such legislation.

The Utah bill amends the Utah code pertaining to the penalties associated with incorrectly or illegally carrying concealed. Utah Code Section 76-10-504 is titled “Carrying concealed firearm—Penalties.” At the end of the list of offenses, the legislation adds this sentence: “Subsection 76-10-504(1) does not apply to a person 21 years old or older who may otherwise lawfully possess a firearm.”

Next up was Montana. After a robust debate, Gov. Greg Gianforte (R) signed H.B. 102 last February, allowing Montana residents to carry a concealed firearm for personal protection in most places in the state without first acquiring a permit from the government. Montana was then the 18th state to enact constitutional carry.

“Every law-abiding Montanan should be able to defend themselves and their loved ones. That’s why today, I’m signing H.B. 102 into law,” said Gov. Gianforte.

Bills similar to this one had passed both legislative chambers before in Montana, but were vetoed by previous governors. Not this time. Despite a disingenuous campaign by gun-control advocates, Montanans got bureaucrats out of the way of their freedom.

“Montanans should not have to seek government approval and jump through bureaucratic hoops in order to exercise their right to self-defense,” said NRA’s Montana State Director, Brian Gosch. “Gov. Gianforte recognized this and worked to codify these rights. The NRA thanks the governor and the bill’s prime sponsor, Rep. Seth Berglee, for sending a clear message: In Montana,​ self-defense rights are recognized and respected.”

“Today, I signed legislation that protects the Second Amendment rights of Iowa’s law-abiding citizens while still preventing the sale of firearms to criminals and other dangerous individuals. This law also takes greater steps to inform law enforcement about an individual’s mental illness, helping ensure firearms don’t end up in the wrong hands. We will never be able to outlaw or prevent every single bad actor from getting a gun, but what we can do is ensure law-abiding citizens have full access to their constitutional rights while keeping Iowans safe,” said Gov. Reynolds.

In addition, Gov. Reynolds also signed House File 621 as a response to President Joe Biden’s (D) threat to repeal the federal law—the Protection of Lawful Commerce in Arms Act—that protects the firearms industry from frivolous lawsuits. With her signature on this bill, Gov. Reynolds ensures that Iowa has an additional layer of protection to prevent anti-Second Amendment extremists from attempting to bankrupt law-abiding businesses by suing them for third-party, criminal misuse of their legal products. 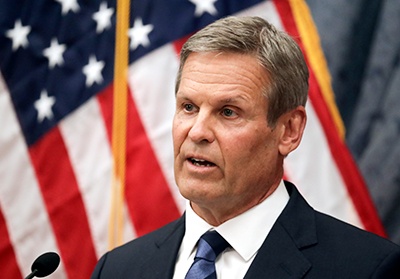 Then came Tennessee.
In Tennessee, faux-gun-rights organizations and gun-control activists attempted to derail the constitutional-carry bill with a large misinformation campaign, but the legislature nevertheless passed S.B. 765/H.B. 786 and sent this important measure to the desk of Gov. Bill Lee (R) for his signature.

This Tennessee legislation allows any law-abiding adult who is legally eligible to obtain a carry permit to carry a handgun without first having to obtain permission from the government. It does not affect previously issued carry permits. Citizens may still obtain a permit so they may carry in other states that recognize Tennessee permits. As in other states, this legislation will ensure that Tennesseans aren’t left defenseless while waiting for government permission or wading through red tape. Tennessee Constitutional Carry will go into effect on July 1. When this happens, there will be 20 states with some type of constitutional-carry provision.

“Thank you to Gov. Bill Lee for leading the effort to strengthen Tennesseans’ right to self-defense. Also, thank you to bill sponsors Rep. William Lamberth and Sen. Mike Bell, as well as those legislators who voted in support of this important self-defense measure,” said NRA-ILA.

In each case, gun-control supporters claimed that removing the requirement for a concealed-carry permit would encourage criminals to illegally carry guns and to commit more crimes; they claimed this even though it hasn’t occurred in the many states that already have constitutional-carry laws. A 2019 study by the Journal of the American College of Surgeons, for example, details the impact of state concealed-carry laws over the last three decades and concludes: “This study demonstrated no statistically significant association between the liberalization of state-level firearm-carry legislation over the last 30 years and the rates of homicides or other violent crime.”

The spread of constitutional carry has clearly shown that American freedom isn’t a problem that needs to be solved. Finding the will and means to better enforce laws targeting criminal behavior, not the freedom of law-abiding citizens, is what’s clearly needed.

Source: Guns in the News – Our Target is Gun News

Share:
Tags:Guns in the News, THE EXPANSION OF CONSTITUTIONAL CARRY