November 4, 2022 by MTR Custom Leather in Weapon News with No Comments

hese days President Joe Biden seems confused when it comes to just about everything. However, the longtime gun control advocate still saves some of his most fallacious and unintelligible comments for the firearms debate. Biden’s latest comments on gun legislation suggest that the president lacks even a rudimentary understanding of how firearms operate.

On October 23, Biden hosted NowThis News (a subsidiary of left-wing Vox Media) at the White House for a question and answer session. During an exchange with a questioner, Biden touted legislation he supports that would ban commonly-owned semi-automatic firearms. The addled politician stated, “my legislation says there can be no more than eight bullets in a round, OK?”

The most charitable interpretation of Biden’s gibberish would be that the president is seeking to prohibit firearm magazines with a capacity in excess of eight rounds. However, even if this was what the enfeebled politician was attempting to communicate, the policy is incoherent.

In District of Columbia v. Heller (2008), the U.S. Supreme Court made clear that the Second Amendment protects the use of arms “in common use” for lawful purposes. Americans own hundreds of millions of firearm magazines with a capacity greater than eight or ten rounds.

The few jurisdictions that have adopted legislation restricting firearm magazines have settled on a capacity limit of 10 or 15 rounds. The exception to this was New York, when disgraced former Gov. Andrew Cuomo rushed through the ill-titled NY SAFE Act in 2013.

The original SAFE Act limited gun owners to only seven rounds of ammunition, but permitted the use of 10 round magazines due to the unavailability of magazines with a lesser capacity. This stratagem proved the common use of 10-plus round magazines.

In striking down the seven-round limit in NYSRPA v. Cuomo (2015), the U.S. Court of Appeals for the Second Circuit explained,

New York determined that only magazines containing seven rounds or fewer can be safely possessed, but it also recognized that seven-round magazines are difficult to obtain commercially. Its compromise was to permit gun owners to use ten-round magazines if they were loaded with seven or fewer rounds.

The court then determined, “we cannot conclude that New York has presented sufficient evidence that a seven-round load limit would best protect public safety.”

Following the U.S. Supreme Court decision in NYSRPA v. Bruen (2022), which reaffirmed the individual right to keep and bear arms and reiterated the proper framework for addressing infringements on the Second Amendment right, courts should prove more skeptical of all ammunition capacity restrictions. Biden’s boutique eight-round proposal should be dismissed out of hand as illegal and unworkable.

There are some alternative interpretations of Biden’s bizarre words. By “eight bullets in a round,” perhaps the bewildered politician was referencing shotgun shells, which most often contain multiple projectiles per round.

This, of course, would run contrary to Biden’s famously stupid self-defense advice.

In a 2013 Facebook “town hall” sponsored by Parents Magazine, Biden said that he had told Mrs. Biden how to defend herself at their Delaware home.

“I said, `Jill, if there’s ever a problem, just walk out on the balcony … take that double-barrel shotgun and fire two blasts outside the house,”‘ the then-vice president stated.

Of course, reckless discharge of a firearm is a crime. At the time, former Delaware Deputy Attorney General John Garey told U.S. News that “it is not uncommon” for people to be charged under the scenario Biden described, adding, “I’ve seen cases where lawful citizens have used guns outside their homes and they end up arrested.”

Biden can’t seem to help himself when it comes to spouting nonsense about firearms.

At a 2019 campaign stop in New Hampshire, Biden told those gathered, “I believe in the Second Amendment, but nobody says you can have a magazine with 100 clips in it.”

On numerous occasions, while arguing for a ban on commonly-owned semi-automatic firearms, Biden has falsely claimed that cannons are prohibited for purchase or were at the time the Second Amendment was ratified.

Putting on his physics professor cap, on August 30 the dubious scholar informed a Pennsylvania crowd, “the bullet out of an AR-15 travels five times as rapidly as a bullet shot out of any other gun.”

Not only is the cartridge fired by the AR-15 not “five times” faster than “any other gun,” it is actually slower than many other modern cartridges that fire similar weight projectiles. The 5.56x45mm cartridge is limited to around 3,200 feet per second in standard loadings out of the 20 inch or shorter barrels common to AR-15s. Cartridges like the .204 Ruger and .22-250 can push similar bullets up to and beyond 4,000 feet per second.

Given Biden’s ceaseless malarkey, the American public should reject this president’s anti-gun assertions with the same zeal with which he rejects reality and his brain rejects lucidity. 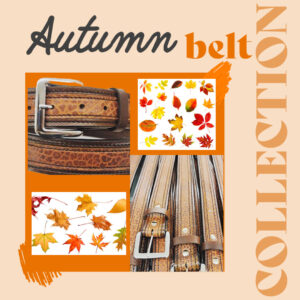 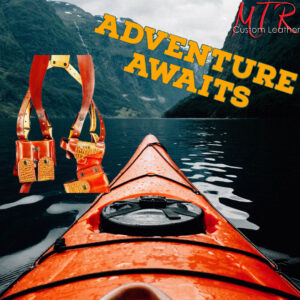 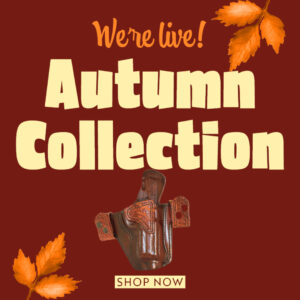 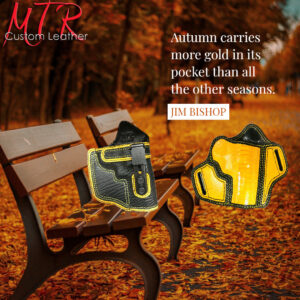 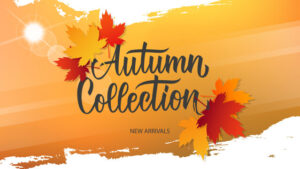 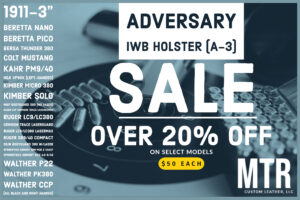 Check out our sister site:
http://www.southernedc.com

Check out our EBAY Store:
https://www.ebay.com/usr/mtrcustomleather

After Hours:
*Feel free to google message us or facebook message us
*Visit our site for a fast response with our LIVECHAT experience